MAITLAND Magpies earned a place among the best 32 football teams in Australia with 2-1 win against Hamil- ton Olympic in round seven of the FFA Cup on Tuesday night.

A roar went across Cooks Square Park as the referee finally blew his whistle after a tense five minutes of second-half stoppage time in which both sides had chances to add to their score.

But in the end a goal off a superb Liam Thornton corner in the third minute of the second-half and a penalty by Joel Wood in the 72nd minute, after a defender careered into the back of Maitland skipper Carl Thornton in the box, and a magnificent defensive effort led by man of the match Zach Thomas got the Magpies through.

“The last five minutes we made one good save and had the pressure piled on us, but apart from that shot we held pretty firm and they never looked like scoring,” a proud Maitland goalkeeper Matt Trott said.

The Magpies will learn who and where they will play in the official round of 32 draw on Wednesday,
June 26, when the 10 A-League clubs join the 22 qualifying teams from the state rounds. It is the first time Maitland has made the final 32 after losing two years ago to Edgeworth in round seven.

On Tuesday night, the Magpies found themselves a goal down in the first five minutes when Hamilton’s Reece Pettit squeezed a shot past Trott on the near post.

Maitland were under siege as Hamilton launched attack after attack and constantly harassed the Magpies play- ers blocking passes and forcing turnovers.

“The first 20 minutes they smashed us,” Trott said.

“I made a bit of an error for the goal being out of position a bit, but I made probably three or more saves in the next 20 minutes.

“It sort of kept us in the contest really, after about 25 minutes we started to get on top and the momentum started to build.

“After half-time it was good to get that early goal and we went on with it.”
Trott said the Swan twins Andrew and Matt were instrumental turning the momentum in the first-half and maintaining midfield control and momentum for the remainder of the game.

In his fourth year with the Magpies, Trott said it was exciting for the club to make the round of 32. 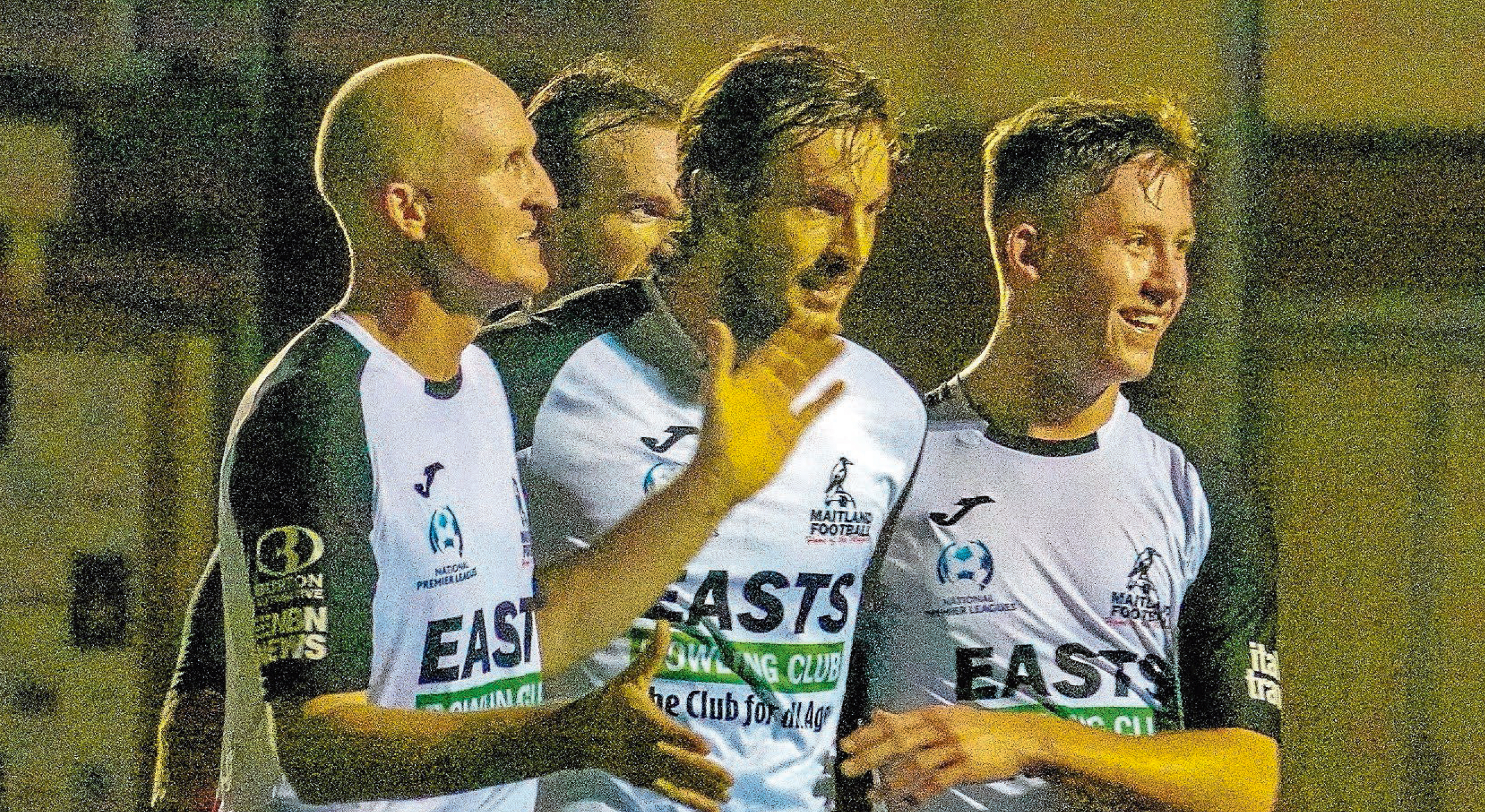