MATT Swan scored a double for Maitland and Liam Wilson got one for Weston as the two Coalfields sides recorded expected but important wins in Northern NSW NPL action on Sunday.

The Magpies sealed their 4-2 away win against Valentine with a special goal in overtime featuring young guns Louis Townsend and Tommy Duggan.

After skipper Carl Thornton forced a turnover, Joel Wood fed the ball back to Townsend who passed the ball across the top of the penalty area to Duggan.

Duggan stepped back into play drawing two opponents and opening the way with a pass off the side of his foot for Townsend to score off a darting run.

The Maitland travelling fans could finally relax after Valentine brought the game back to life with a goal in the 83rd minute by Aaron Niyonkuru reduced Maitland’s 3-1 half-time lead to just a goal.

The home crowd sniffed an upset and were in full voice as the Phoenix players bombarded the Maitland defence in the final minutes before Townsend sealed the game.

Matt Swan opened the scoring in the sixth minute of the match when he man- aged to reach at full stretch a Ryan Clarke squaring pass and squeezed a shot past the Valentine keeper.

Both teams traded chances without any addition to the score until the 42nd minute mark when Valentine equalised when Jacob Bailey was allowed to turn on a miss-kick inside the box and volley past Matt Trott.

Just a minute later, Swan got his double when he tapped in front on the end of a Joel Wood cross which beat the keeper and a defender.

In the fifth minute of over-time Wood got his just rewards when he beat one defender on the right wing and then chipped a defender and the keeper from the edge of the box.

Two superb Liam Wilson strikes were enough to ensure the Weston Bears stayed on top of the table with a 2-1 win against Adamstown.

Wilson beat the Rosebud keeper in the 25th minute with a cracking shot directly in from just outside the penalty area.

He then repeated the feat in the 52nd minute at the other end in almost identical circumstances. 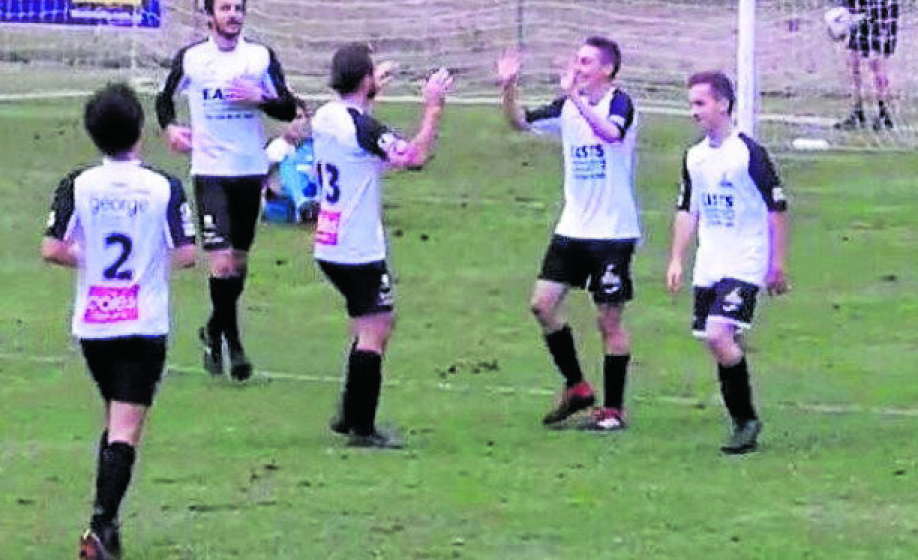