Magpies Steamroll Blues in Second Half

THE Maitland Magpies showed off their NPL title credentials with an emphatic 3-0 win against Charlestown City Blues at Cooks Square Park on Sunday.

The Magpies turned on the after-burner, after a scoreless first half, led by man of the match Jimmy Thompson and the irrepressible Ryan Clarke returning from a rib injury.

The win lifts Maitland to fourth on the NPL table with 27, five points behind competition leaders Edgeworth but with three games in hand.

A one-all draw for the Weston Bears against Newcastle Jets Youth leaves them second on 29 points, with Broadmeadow Magic third on 28 points after having the bye this weekend.

However, the Magpies hold two games in hand on Weston and they have one more game to play than Magic.

Magpies coach Mick Bolch said the performance in tricky winds was probably his side’s best all-round half of football this season. “I thought the first half was probably a bit scrappy as we struggled against the wind but we found our feet and shape in the second half and it was a great performance across the board,” he said. “The boys controlled the game and moved the ball really well.”

Jimmy Thompson opened the scoring putting home his second goal in successive weeks after he calmly sidestepped the opposition defence in the 16-yard box and then found the back of the net past Archbold.

“We really could have scored five, their keeper Archy (Nathan Archbold) had a terrific game. You would not normally say of a 3-0 win but he was outstanding,” Bolch said.

While not called into the action as often Maitland’s shot stopper Matt Trott had a fine game, saving a penalty which would have squared the scores with 20 minutes to play.

“I think that was the turning point in the game,” Bolch said. “If Trotty didn’t pull off the save it would be one-all and game on.”

Instead 10 minutes later Alex Reid, who came off the bench for striker Joel Wood sealed the game, trapping a superb Ryan Clarke cross and then waiting before chipping the ball over the keeper’s diving body.

The third was a reminder of just how potent Matt Thompson’s right foot still is in front of goal. 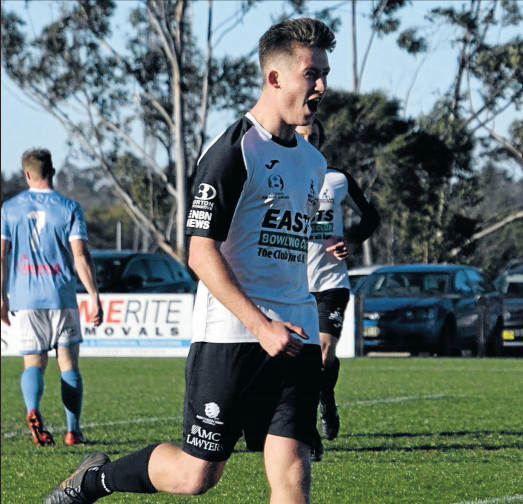