MAITLAND goalkeeper Matt Trott admitted to having some mixed emotions when the Magpies drew his former club Central Coast Mariners for their debut in the FFA Cup round of 32.

Trott, 34, spent two sea- sons with the Mariners, making six appearances in the A-League, before leaving in 2008. His last match was as back-up keeper in their grand final loss to Newcastle. Since then, the Central Coast product has ridden the highs and lows of the club.

“I grew up on the Central Coast and I’m still a fan,” Trott said. “Unfortunately the last four or five years have been torturous to watch.”

Trott can heap more misery on his former club when the Magpies host the Mariners at Maitland Sportsground on Wednesday night. “It was one of those good draws as a player, because it’s good to play your old club,” he said. “But as a fan, it was like, if we beat them, I think I’ll have to start following the Jets,” he laughed. “Just put me out of my misery.”

And there is little doubt Maitland have the team to cause an upset. As well as Trott, the Magpies have plenty of A-League experience.

Former Socceroo Matt Thompson, who is on the comeback from injury, played 221 A-League games. Nick Cowburn made 68 appearances for Newcastle before being released last season and Alex Read featured twice for North Queensland Fury. Striker Joel Wood was also contracted to the Jets during an ACL campaign.

Maitland are also in form for their first main draw cup match. They sit fourth on 30 points in the NNSW NPL, five behind leaders Edgeworth but with two games in hand. “It’s good timing for us,” Trott said.

“Looking at their squad, they are still pretty thin. They’ve made only four or five signings so far. They’ve only been back for four or five weeks as well. If you are going to knock them off, it’s the perfect time.

“And we’ve only lost one of our last eight, and that was against Edgeworth, so we’re in pretty good form.”

The match is a remarkable return to the national stage for Trott, who did not play for five years after coming home in 2011 from England. 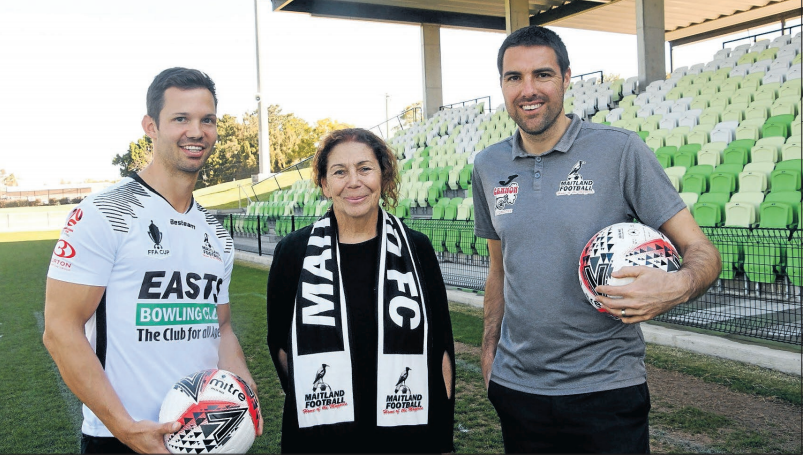