Minor premiership on line for Magpies

THE Maitland Mapgies can put one hand on the Northern NSW NPL minor premiers trophy with victory against Broadmeadow Magic at Cooks Square Park on Saturday.

A win would leave the Magpies just one point be- hind Magic but with two games in hand, a loss would leave them seven points adrift and facing an uphill battle to make up the gap with seven games to play before the play-offs.

Maitland begins a season-defining week on Sunday with the game against Magic followed by a midweek catch-up game away to Lambton Jaffas on Wednesday, followed by a Sunday home fixture against Charlestown City Blues.

“Whoever wins this game really has the running for the minor premiership.”

Bolch will have a full squad to call on apart from defender Grant Brown who is still two-three weeks away from returning with a foot injury and midfield/forward Sean Pratt who returns from overseas at the end of July.

Prized recruit Nick Cowburn had his first run with the club at training on Wednesday and will be immediately considered for selection with returning star Matt Thompson.

Energetic midfielder Ryan Broadley is also expected to be available for either Sunday or Wednesday’s fixture.

Bolch said there was a temptation to rush everyone back into the team, but that backfired in their 4-0 round nine loss to Hamilton back in May.
“The one time I fiddled with the side this year we got beaten 4-0 so there could be a lesson there,” he said.

“Thommo is probably a chance of coming off the bench on Sunday.” 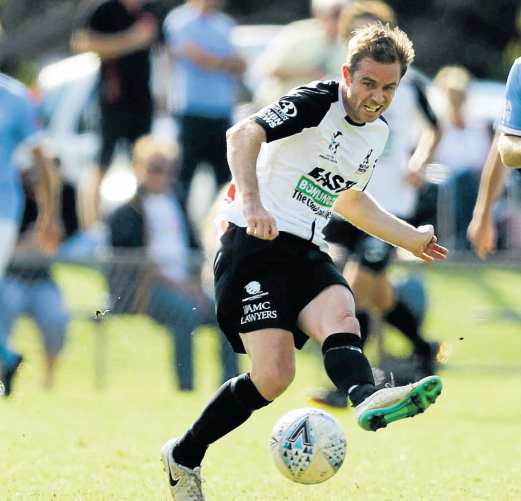