THE Maitland Magpies have squared the El Clasical ledger for 2019 and closed the gap on league leaders Weston with a 3-1 win at Cooks Square Park on Sunday.

It was a sweet win for the injury-depleted Magpies after the Bears won the first encounter 2-1 at Bears Park back in March.

“It’s always sweet to get a win over the Bears,” former Bear Liam Thornton said after the match.

“It’s a big game for Carl and myself after having played there so long. We have a lot of fond memories and good friends there, but it’s always nice to get the points against them.”

Despite being peppered by repeated Weston attacks the Magpies defence seldom looked troubled and only a fierce strike by Liam Wilson from the edge of the 18-yard box broke through for a goal in the 71st minute.

However, the Magpies led by a man of the match performance by Alex Read playing at right-back and another strong game up front from Joel Wood were able to cash in on their chances to lead 2-0 at the break.

Wood put Maitland ahead in the 23rd minute after a clever nod-on from Ryan Clarke. Alex Read extended the advantage when he bundled over Wood’s cross in the 42nd minute.

Weston pressed hard after Wilson’s goal but couldn’t find an equaliser as Read and Co up back shut them down. Maitland clinched the win in the 92nd minute when Tom Duggan scored his first goal in first grade after he showed composure to cut back on his right foot and
bury his chance.

“Ready had a big game, especially as he was playing in unfamiliar role at right-back. He went forward and got the goal and was really solid at the back,” Thornton said.

“Zach Thomas was very good again. He is a such an athlete. The back four has been playing very well, but it has been a full-team defensive effort the boys in the middle and up front have been getting back and helping us out.

One of the mainstays of that back four Tommy Davis had to be substituted 10 minutes before the break with concussion after an accidental head-clash. Ryan Broadley came off the bench and his pace and energy was an important counter to the buzz of the young Weston midfield. Duggan and Louis Townsend gave the Magpies an important lift as well off the bench. The result kept Weston on 25 points, just one in front of Broadmeadow, who were washed out on Saturday against Hamilton, and two clear of Maitland and Edgeworth.

The Magpies, though, have played two games fewer than Weston and the Eagles. 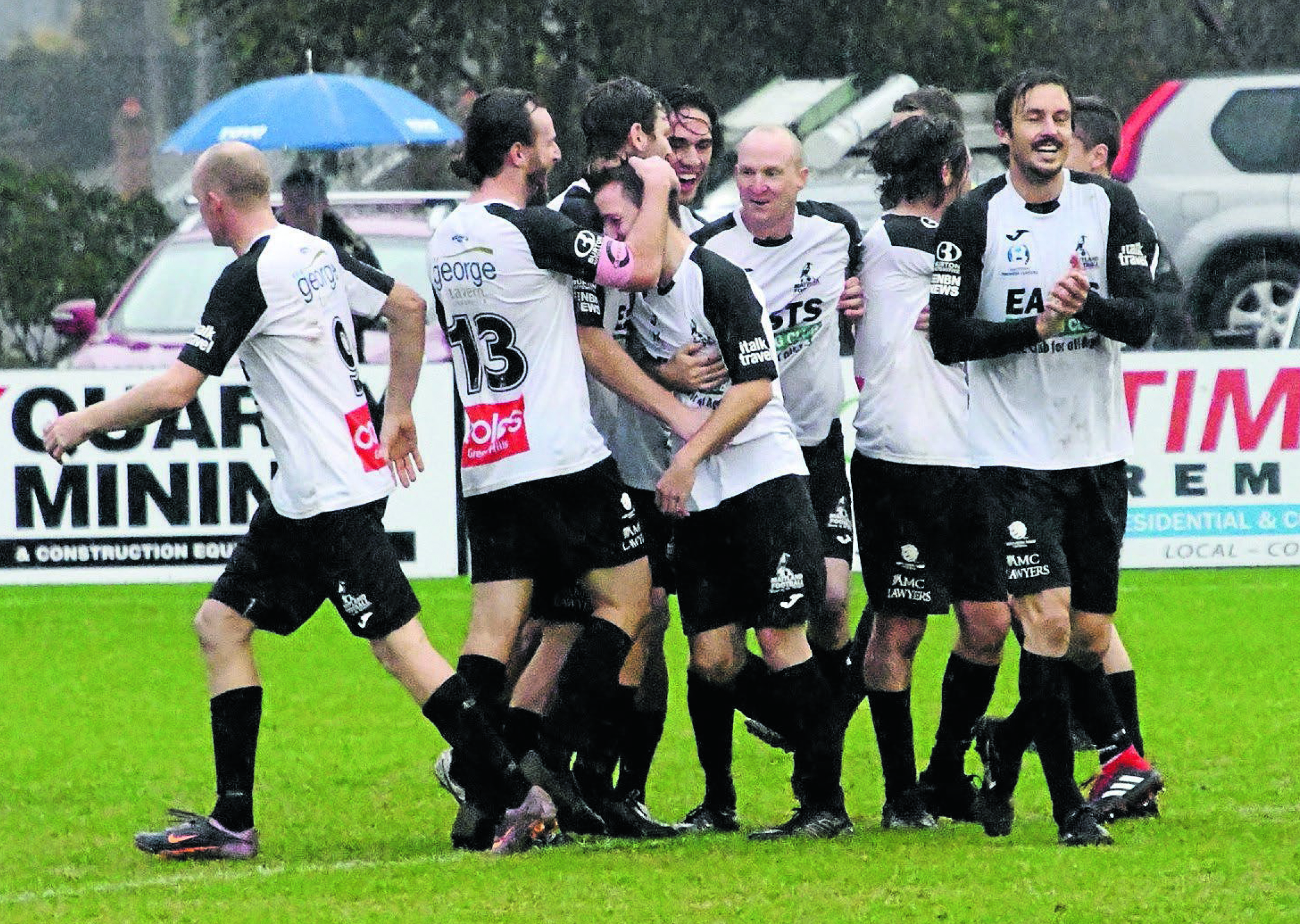