THE Maitland Magpies beat Swansea 4-0 on Wednesday night to progress to the fifth round of the FFA Cup.

The Magpies will learn their next opponent next week when most of the round four fixtures are played. Maitland, however, paid a price for the win and finished with 10 fit men, with Tommy Davies, James Thompson and Grant Brown all suffering injuries. All three will be tested at a light training run on Friday, with Davies and Thompson rated a chance of playing. Brown, however, left the field in the second half with a groin injury and will face an uphill battle to be fit for Sunday’s wet-weather catch-up game against joint competition leader Lambton Jaffas at Cooks Square Park.

Maitland could grab a share of the competition lead, with a game in hand over their rivals, if they beat Lambton on Sunday. But it is early season and the Magpies will be taking no risks with players with hopes of making the FFA Cup round of 32 for the first time as well as pushing for finals action in the Northern NSW NPL. “It was a tight contest, they were very well organised. They sat in well and clogged up the midfield and made it hard for us,” Magpies coach Mick Bolch said of his side’s FFA Cup win.

Alex Reid scored the only goal of the first half, chipping the keeper from about 35 metres out. “It was a terrific goal and we hit the post about three times in the first half. We were our own worst enemies.,” Bolch said. “However, we scored about three goals in the first 15 to 20 minutes of the second half. “One to Tommy Duggan and two absolute bomb free kicks, one from Pratty (Sean Pratt) and the other from Jimmy Thomspon. Both were about from about 25 to 30 metres and both finished in the top corner.” Ryan Broadley hit the post twice and narrowly missed the back of the net with another screamer from a free kick. “It’s a running joke that Ralphy is never going to score. One hit the post and rolled across the goal line and went out for a goal kick and the other hit the cross bar,” Bolch said. “He was very good again for us in the middle of the park. “Swansea were good value, it was a real Cup tie match. We ended up with lots of bumps and bruises, it was a physical contest. “Grant Brown did his groin, we don’t know the extent of it at the moment, he came off injured, Tommy Davies come off injured, Jimmy Thompson come off injured so there are a few walking wounded going into the weekend.” Bolch said he expected a tough contest on Sunday with the Jaffas full of dangerous players “They were leading the competition alone until last week and will be stinging from being beaten 3-1 by the Jets Youth,” he said. “(Braedyn) Crowley is probably the form striker of the comp at the moment and they’ve got plenty of dangers in Luke Remington, (Michael) Kantarovski and (Finn) Parris has been doing really good in the middle for them.” 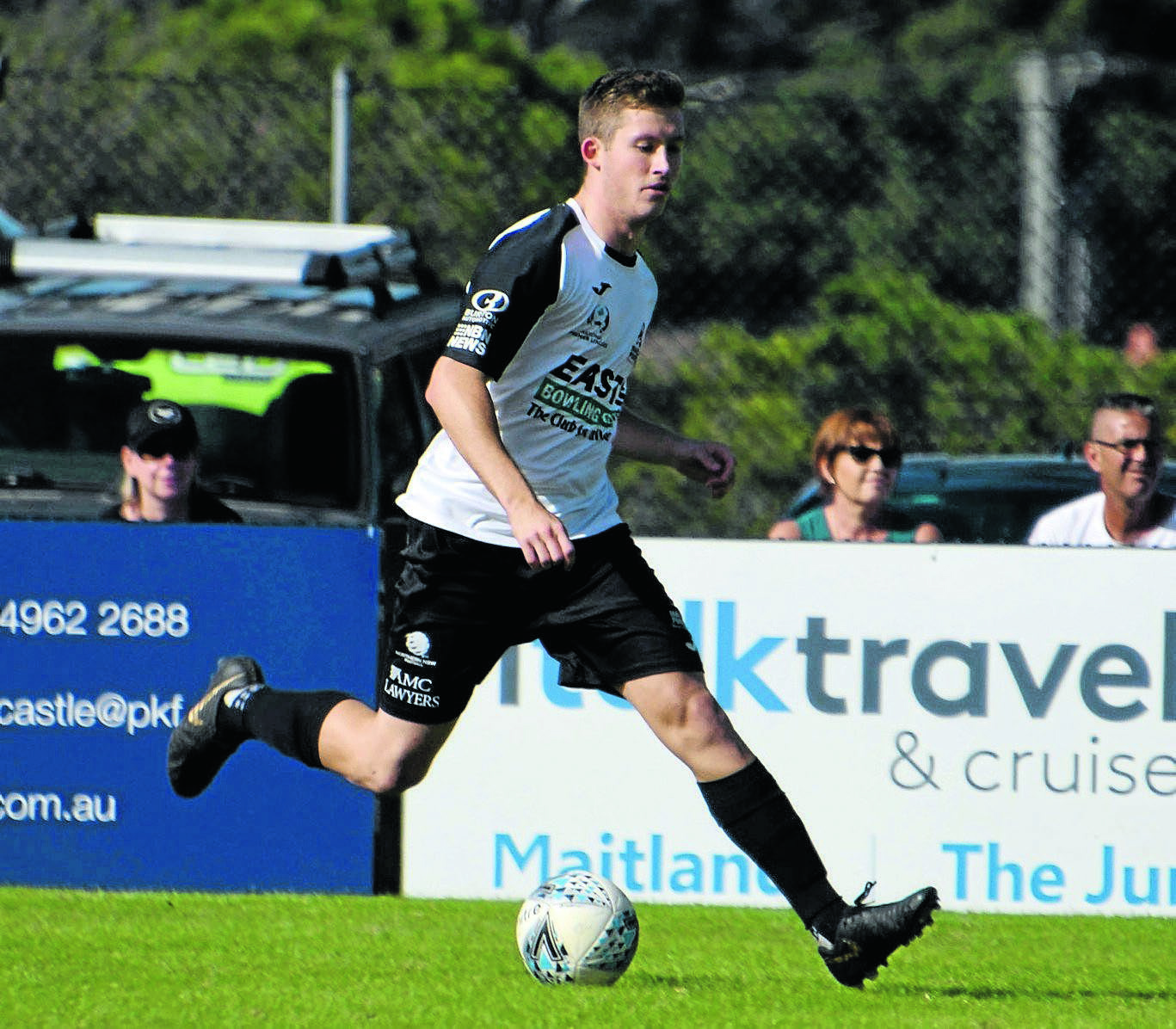