TO DESCRIBE it as season defining would be an exaggeration, but there’s no question that this week is a big one for the Maitland Magpies.

At the start of the week coach Mick Bolch had to deal with the tricky challenge of an NPL match against Adamstown Rosebud, followed by tonight’s midweek FFA Cup match against Charlestown City Blues (7.15pm kick-off), before tackling the high flying Jets Youth team on Sunday.

All this on the back of a shock four-nil thumping the previous weekend by Hamilton Olympic.

But it started well when the Magpies accounted for Rosebud in convincing fashion two-nil on Sunday, heading into tonight’s home clash with fellow NPL side Charlestown City. And Bolch is not backing off.

“Last season was my first and we were probably more focussed on the NPL competition itself,” he explained. “But not now. I said at the start of the season that we were aiming to reach the round of 32 at least and nothing has changed.

“We’re taking this seriously and I expect a strong showing. “We have the depth to deal with this as well as the NPL.”

Maitland have been remarkably consistent if you can overlook the terrible game against Hamilton.

On either side of that match they have beaten Adamstown Rosebud (2-0), Lake Macquarie City (3-1), Edgeworth (2-1), and Charlestown (2-0), as well as a highly creditable away draw with ladder leaders Broadmeadow Magic. That’s good form – four wins and a draw from their last six.

“We’re going along nicely,” Bolch conceded. “I wanted a response on the weekend against Adamstown following that effort against Hamilton Olympic, and I got that. “I thought two-nil was flattering to Rosebud. We hit the post and probably could have scored another couple. “And it was good to keep them scoreless, especially after conceding four the previous week.

” Ryan Clarke was the pick of the Maitland players with an outstanding game, causing the Rosebud defence no end of problem. But attacking midfielder Ryan Broadley suffered a suspected hand fracture, but played out the game. It remains to be seen whether it will force him to miss any action. 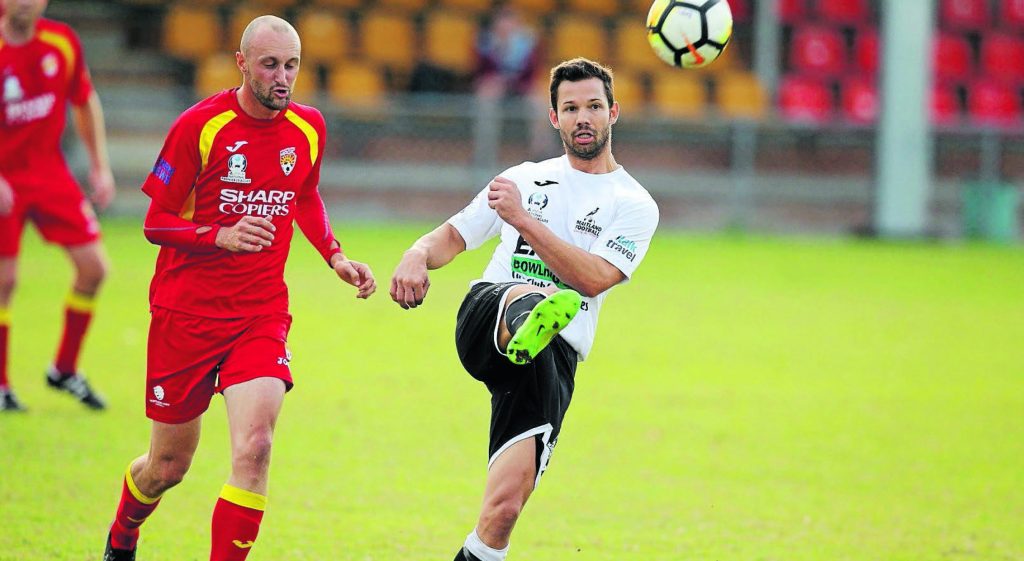